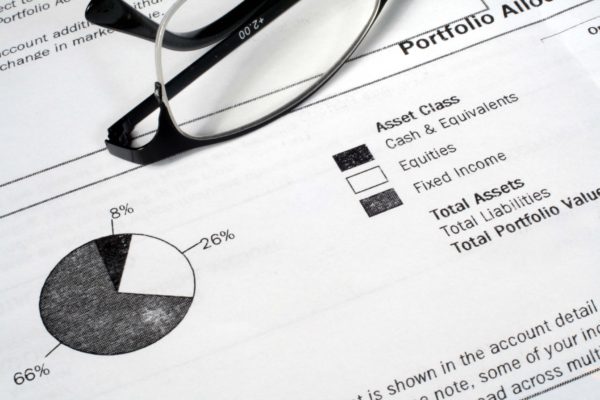 According to Vanguard, the median account balance of 401k accounts is $26,405.  Nobody wants to spend their golden years living off of $26,405 and social security checks.  Read on to learn more about the most popular retirement option once you’ve landed that full-time job: the 401k.

This chart below with data provided by Vanguard further proves this point, that some people are saving a large amount of money, but that the vast majority are saving much less than they should.

Put simply, a 401k plan is an option to defer part of your income and have it placed in an account to access at a later date.  These funds will grow with interest over time, since they are usually invested by a third party management company to grow your retirement fund.  Typically, companies will match a portion of the salary you have contributed, on average 3% of  your total salary.  Another key benefit – the money in your 401k account will usually not be taxed until it is withdrawn, either for emergencies or upon retirement age.

Roth 401k plans are similar to traditional 401k plans, with one significant difference.  As opposed to paying taxes on money as it’s withdrawn in a traditional plan, a Roth 401k taxes the money as it’s deposited.  There are pros and cons to each plan (see below) but a Roth plan will give a better indication of how much usable income is really in your retirement plan, since it’s already been taxed.

According to Vanguard, 56% of companies with retirement plans offer Roth 401ks, so they aren’t as popular as traditional 401ks.  Vanguard further claims that only 14% of those employees use Roth 401k plans, though that’s a relatively large jump from just 9% in 2010.

Nobody has all of the answers, but here are a few guidelines to keep in mind when choosing the right 401k plan for you.

However, not all companies provide 401k plans or other retirement options for their employees.  Plans will vary by industry.  According to a chart curated by Bloomberg, manufacturing is the industry most likely to provide retirement benefits, with ~65% of employees covered. 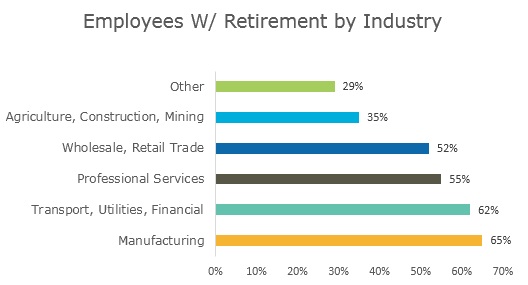 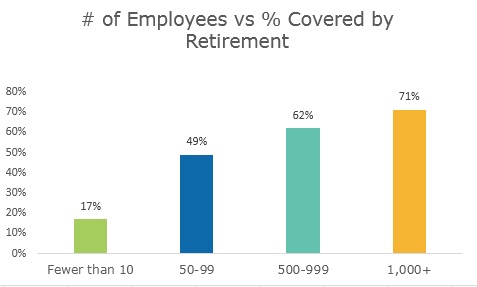 How can you start saving for retirement?  The most common option for those without a 401k plan is an IRA, or individual retirement account.  The limit for contributions for an IRA is $5,500 a year for those under 50, or $6,500 for those 50+, so – as with any retirement plan – it’s better to start early and be consistent with saving.  Read more about IRAs here.

Want to learn more about how top industries stack up in terms of other benefits? Check out our industry guides on Marketing, Consulting, and Finance.

You know what else is good for retirement?  Getting a good job.  TransparentCareer offers free data on careers, compensation, and salary negotiation.  Maximize your 401k by getting paid what you’re worth!  Sign up here.