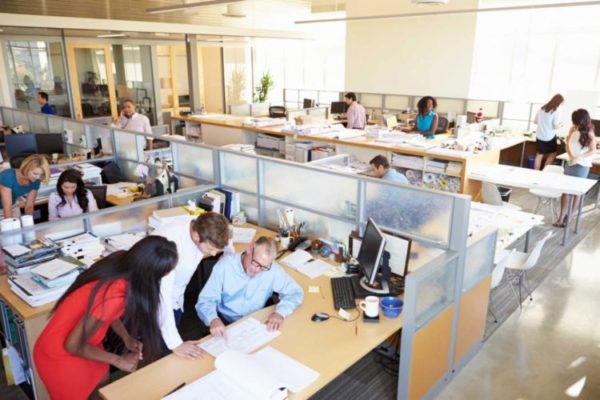 General management: a vague name for a broad function. Management positions are required in all areas of a business, so what makes a post-MBA general management role different?  We analyzed our 250,000+ data points to find out what makes these roles unique, and what to expect from a compensation, satisfaction, and culture perspective.

The responsibilities within management can be varied and extensive, so think of it as running a small business inside of a larger one. Large multi-national companies – where MBAs are in demand – tend to be organized by product, customer group, or geography. A general manager will oversee the daily operations of a particular segment while still working with and reporting to higher management. MBA graduates interested in general management shouldn’t expect to step into the top positions, though. Curated programs that expose MBA grads to different aspects of a company first are the norm.

The average starting salary for an MBA graduate entering a general management position is $116,408 (67th percentile). An average bonus of $18,745 is fair in the 62nd percentage, while a signing bonus of $17,822 is a bit below average in the 43rd percentile. All together, the average compensation package of $173,987 ranks in the 57th percentile. If you decide to work as a general manager in a startup as opposed to an established company, average total compensation falls by over half to $72,375. To view full compensation data and see how it stacks up against other functions, just sign up here and visit the Career Explorer.

MBA graduates interested in a GM position should expect to work around 49 hours per week –  about 5 hours below average. Time spent traveling is also favorably below average at only 19%. If you would like to avoid travel as much as possible, consider Citigroup or Intel, who both report average travel time at only 5%. MBA graduates pursuing GM positions could be placed all over the world, but top cities include Seattle, New York, Chicago, and San Francisco.

In addition to a better work-life balance than some, MBA general managers report satisfaction scores that are a bit above average. Happiness received a 7.1/10, as opposed to the 6.7/10 reported in other industries. Company culture and and recommendation were also a hair above average at 6.9 and 6.8, respectively. However the metric that ranks above the rest is impact of work at 7.5/10, checking in above the 6.9/10 average. Employees at Amazon feel even stronger about the significance of their work and rate impact as a perfect 10/10. These high impact scores may be attributed in part to the variety of tasks and projects GMs tackle, as well as seeing the performance of their department contributing to the success of the company. The responsibility can take its toll though, and challenges that a GM may face include maintaining culture and productivity with their team, as well as working towards the goals and visions of managers above them.

MBA internships are a prime time for companies and employees to get to know one another in hopes of establishing a full time partnership. Like many other industries and functions, offers for GM internships peak in February in preparation for summer positions. Upon completion of a summer internship, an MBA graduate can expect full time offers between August and November. The average total compensation for an MBA internship in the field is $99,749 and happiness scores average 7/10. One General Mills intern stated that most of a general manager’s time is spent interpreting contributions brought forth by members in specialized areas such as finance, consumer research, and operations. The role of a general manager is focused on analyzing information from all directions, and making coherent and useful decisions.

An analysis of our 250,000+ data points painted a less than ideal picture of the gender distribution between post-MBA managers. While women typically receive about 40% of MBAs in a given year, they represent less than 20% of full time GM positions. As one climbs up the corporate ladder, it is inevitable that less and less employees will continue advancing. However, research shows that women tend to be weeded out at a greater rate than men. While women account for nearly half of entry-level workers, female representation falls to 19% in C-Suite positions. The percent of women in top management positions falls to single digits when you consider public companies and Fortune 500s. Unfortunately, change doesn’t seem to be happening quickly. The rate of female increases in board director seats is inching along at about 0.5% annually. Additionally, the amount of female corporate officers in Fortune 500 companies increased only 5% between 1998 and 2005. Cultural changes are needed within the workplace, but female MBAs have the unique experiences and position to impact organizations from the inside out.

What’s worse is that compensation averages can vary greatly, with men taking home on average $34,000 more in their first post-MBA position. While data shows that it is indeed possible to negotiate your offer, women on average gain less ground in general management positions. Men on average received a $61,000 bump in compensation when negotiation took place, while women only commanded about $14,000 more in similar scenarios. This data doesn’t mean that employers are inherently bad people though, because more men negotiated their compensation than women and women view the workplace differently than men. Studies suggest that men are more likely to feel confident about their path to an executive role and that employers reward merit, whereas less than half of women feel that promotions are awarded fairly. There is, however, at least one subject men and women feel the same about. Most employees believe their CEO supports diversity, but only 45% think their company is doing the work necessary to address gender parity in the workplace. Progress can be made with open and honest communication, plus a commitment to make the workplace inclusive of all who hope to contribute their talents for the greater good.

Just as the responsibilities of a general manager can vary greatly, so too can the industry an MBA graduate can work within. Our data from nearly 5,000 employers represent a near equal amount of opportunities in industries from Healthcare to Hardware and Manufacturing to Retail. A typical feature for MBA general management positions are rotational leadership programs. Amazon offers a three year Leadership Development Program that garners an average culture and impact of work rating of 10/10. Intel is also home to a multi-year Accelerated Leadership Program that receives an average culture and impact of work score of 8/10. These well-known companies, plus Citigroup, can be compared below. To see a full list of firms with general management opportunities for MBAs, along with their average compensation packages and satisfaction scores, simply sign up for free and visit the Career Explorer.

So what can set one MBA graduate apart from the rest? Analytical thinking and problem solving are  traits in high demand at Amazon. If you’re interested in going global, picking up a second language can also give you an advantage. No matter the industry, it is important to do your research on a company and practice for the fateful interview.