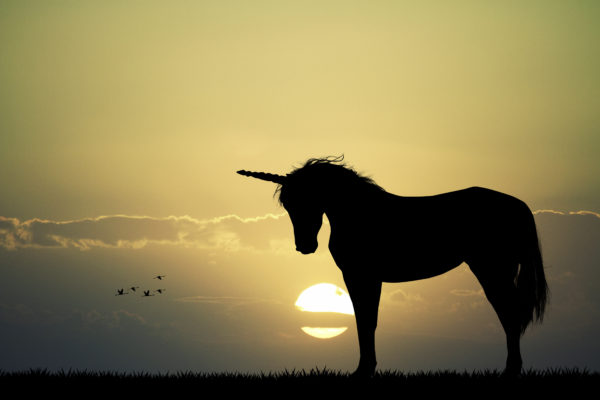 Have you considered private equity or investment banking, but worry it won’t “scratch your entrepreneurial itch”? If you aren’t ready to start your own company just yet, working in venture capital may be the perfect way to combine your interests. An analysis our 250,000+ data points offers a peek into the fast-paced world of venture capital.

While private equity or investment banking works with established and large firms, venture capital allows you to get involved in the earlier stages of a company. A senior associate at a VC firm cites their reasons for transitioning into the industry from investment banking as: having access to innovative thinkers, implementing a vision, asking critical questions, and helping entrepreneurs mitigate risks. Opportunities in venture capital can be few and far between, and less than 1% of MBA graduates move to a full time position in the industry.

The average salary for an MBA graduate in venture capital is $126,000 (83rd percentile). Average signing bonuses, miscellaneous compensation, and stock compensation are subpar – all check in below the 50th percentile mark. However, an average performance bonus of $35,000 ranks in the 80th percentile, and helps bump total starting compensation to $174,580 (63rd percentile). As an MBA graduate progresses to higher positions within the VC fund, “carried interest” tied to fund performance may also be awarded.

MBA graduates in venture capital can expect to work an average of 45 hours per week, which is 10 hours less than the average for all other full time MBA positions. Time spent traveling for a full time startup position is 35%, which is above the average 26% that other MBA graduates experience. Opportunities exist all over the country, but popular cities include Chicago, Boston, New York, and of course, the San Francisco Bay Area.

Persistence and genuine interest is necessary to land a full time position in venture capital, and the passion brought by MBAs is reflected in satisfaction scores. Graduates working full time with venture capital firms rated their impact of work as 10 out of 10 possible points. These high impact scores could be a result of working with and investing in people as opposed to making decisions based on financial information alone. A VC associate says that “in this field, I have the opportunity to meet, invest in, and be inspired by interesting entrepreneurs every day”. Happiness scores are also 17% higher than all other MBA graduates at 8/10.

Internships and jobs typically aren’t advertised to the public, so it is important to reach out to your contacts and keep them updated in your job search. A VC senior associate suggests that it helps “to stay at the top of a connection’s mind. If I remember you and your objectives, I won’t hesitate to reach out if I see something that may be a fit”. Since job opportunities aren’t consistent or advertised, offers tend to come in a mostly random pattern. However, our database of almost 5,000 employers suggested that intern offers tend to peak in March. Despite the fact that average intern compensation is nearly half of the average at $56,640; satisfaction scores tend to be above average. Interns reported their impact of work at 7.8/10, which is 12% above average. Additionally, interns at some funds – such as Blue Haven Initiative – rated their impact at 10/10. Happiness scores are also favorable at 7.2/10.

As opposed to industries such as consulting where firms are dominated by a single function, venture capital firms can benefit from a variety of pre-MBA experiences. While banking, consulting, or product management are all great experiences to have, post-MBA positions at VC firms may be open to those who have used a graduate degree to re-brand. Once you’ve landed a full time position in venture capital, the focus of your work will depend on what stage your fund focuses on. For example, early stage funds spend more time sourcing companies and deals, while later stage funds focus on due diligence and financial modeling. No matter what stage fund you’re in, expect most days to be filled with meetings and networking.

The venture capital industry is currently male dominated; however, gender diversity is increasingly associated with performance. In fact, a ten year study found that “female founders outperform male-only teams financially by 63%”. At the same time that 41% of first-time entrepreneurs in the U.S. are minorities, venture capital firms lack diversity. Tech news source The Information released their Future List, which outlines diversity in venture capital firms in 2016. They found that less than 1% of senior VCs are black, 1.3% are hispanic, and about 2% are Asian. Additionally, 60% of senior leadership in U.S. venture capital firms are all-male and nearly a quarter of these management teams are both all-male and white. The serious lack of diversity in senior VC management needs to be addressed, and hopefully the future will bring a shift in demographic.

While there are many firms for MBA graduates to pursue, the current industry has many small and very large firms; but not many lie in the middle ground. Typically, the smaller funds are focused on specific industries or niches while the large firms invest in a wide variety of companies. However bigger isn’t always better, and studies show that firm performance declines as fund size exceeds $250 million. How you secure an offer and position will largely depend on the type of firm. Very large and late stage firms tend to use headhunters, but smaller funds do not. Recruiters will act as an initial filter for their VC firm clients, and are looking for candidates who are well spoken, experienced, and have the ability to source companies and make connections on their own.  To see a full list of venture capital firms that hire MBAs, along with their average compensation packages and satisfaction scores, simply sign up for free and visit the Career Explorer.

The venture capital industry has always offered the opportunity to get involved in the early stages of the “next big thing”, and exciting trends are on the horizon. From the possible shift towards more international venture capital to the growth of “frontier tech” (read: drones, VR, and space), there are evolving opportunities for MBA graduates. VC firms – particularly the largest and most general funds – receive many resumes, so it isn’t uncommon to use which school a candidate attended as a filter. However if you aren’t studying at a top tier school, don’t worry. A partner at a Boston VC firm says “if you’re interested in breaking into venture, it’s all about hustle, not Harvard.”