Home » MBAs » Company Rankings » Considering I-Banking? 7 Firms You May Not Know About…But Should

Considering I-Banking? 7 Firms You May Not Know About…But Should 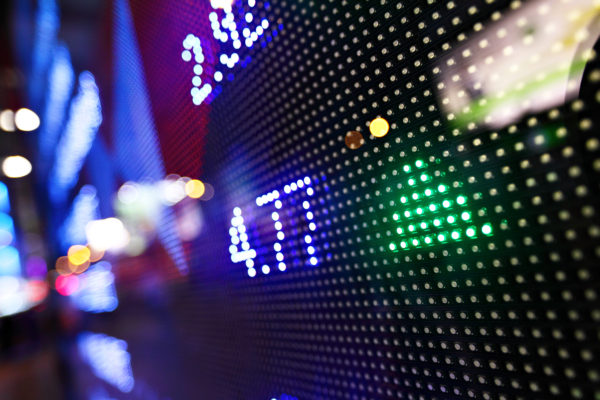 After consulting, investment banking is the second most popular field for MBAs, which isn’t all that shocking when you consider the high earning potential, especially after you get your degree.

You might have your eyes set on juggernaut Goldman Sachs, or maybe one of the Morgans (JP or Stanley, and we’re totally encouraging you to call them that from now on). Hiring at investment banks is highly competitive though, with Goldman Sachs and Morgan Stanley having just 3% and 2% acceptance rates, respectively.

We found 7 investment banking firms that you may not have thought of yet – and why you should consider them for a post-MBA career.

Founded in 1995, Evercore has quickly risen through the ranks to be considered one of the best investment banks to work for. The firm scores particularly highly for how it trains employees – the company invests a lot of time and resources into young analysts and associates. This culture of training and educating seems to have paid off well – many of its highest-level bankers were promoted from within, suggesting that there’s plenty of room for advancement.

On the fence about working at a boutique firm? Evercore might be the right fit for you. Many workers consider it to be the best of both worlds, combining the brand/prestige and exposure of a major firm with the culture and advancement opportunities of a boutique. The median base salary reported by MBA associates working at Evercore is $150k, which is higher than the all-MBA industry average of $125k.

Lincoln International has offices in 17 cities around the world, including Tokyo, Moscow, Madrid, and its Chicago headquarters. Lincoln specializes in working with middle-market companies, which is defined as a company with an EV (Enterprise Value) between $100M and $500M. According to the firm, this market is the most active when it comes to M&A advisory (Mergers and Acquisitions), so if that’s your target field within i-banking, Lincoln should definitely be on your shortlist.

As an analyst at Lincoln, you also have the opportunity to work overseas for an extended period of time, in one of the company’s 17 offices. The firm also has a YouTube channel that interviews employees (both past and present) and also highlights how Lincoln operates.

One of the longest-standing companies on the list, Lazard was founded nearly 170 years ago in New Orleans, and quickly expanded to California to follow the Gold Rush, along with a quick overseas expansion to Paris to advise the French government on gold buying. Today, the firm operates in 42 cities and pulled in $2.4 bn in revenue in 2015.

A stereotypical complaint of working at Lazard is the long hours, but our data actually shows otherwise. MBAs reported working 83 hours a week as an associate after graduation, which, while not exactly comfortable for most, is typical for investment banking and matches other companies on our platform.

The Lazard environment and team is another huge plus. As said by one associate “The financial advisory groups at Lazard are tight-knit and cohesive like a family, where each individual really makes a difference. Everyone knows each other well and you have constant exposure to the most senior bankers. Each group has a tremendous amount of deal flow, and since each group is generally 20-30 people, you truly have the opportunity to step up and take responsibility on deal teams.”

The youngest firm on the list, Moelis was founded by Ken Moelis in 2007, and has quickly risen to prominence, working on many high-profile restructuring deals. If you’re unfamiliar, restructuring is when a company, typically in dire financial straits (e.g. approaching bankruptcy), refinances debt in order to obtain some breathing room from creditors. Moelis works on both sides of this depending on the client, both working for companies looking to refinance and also for creditors.

Restructuring isn’t all you have access to though. As put by Alexis Manganiello, an Associate Program Manager of recruiting at Moelis, the company will “help associates build a broad skillset as they start their career.  Our associates work across industries and products, and have the opportunity to try both M&A and restructuring.”

Moelis associates report post-MBA base salaries of $150K, higher than the all-industry average.

Rothschild holds the unique position of being the only family-controlled company on the list, which has been controlled by the Rothschilds (if the name wasn’t enough of a giveaway) since its founding over 200 years ago.

Rothschild’s private ownership is a huge plus according to one MBA. “One of the biggest differences from the other banks is that Rothschild is private, so they don’t have to hit quarterly expectations.  This allows the firm to truly give the best advice possible and foster business based on relationships rather than revenue.”

Naturally, as such an established company, Rothschild has branches covering nearly all professional sectors, giving you optionality in terms of the field you’d like to work in. Although the company name doesn’t hold as much sway in the US as, say, The Morgans (JP and Stanley – again, we’re calling them The Morgans now), Rothschild does hold a lot of prestige internationally, particularly in Europe, providing opportunities to go overseas. The firm has 54 offices worldwide, and has been headquartered at the same location in London since its founding.

Houlihan Lokey ranks highly for its favorable diversity in employment, a notorious issue that’s plagued the investment banking industry as a whole. The firm has also received acclaim as a restructuring advisor. Houlihan Lokey is also a great place if you’re looking to get into a leadership position early. As it’s laid out in its three-year plan: by your third year, you’ll be managing first and second year bankers.

The most common complaint among those working at Houlihan Lokey is the lack of prestige (relatively) to other top investment banks such as Goldman Sachs or JP Morgan. Many ignore this though, and prefer the highly rated company culture, work environment, and the high caliber of their fellow employees.

Based in Milwaukee, Grace Matthews specializes in M&A in the chemicals sector. The firm has worked with a variety of firms both large and small, and you can take a look at their most notable large transactions here.

They also publish a quarterly newsletter on the chemicals sector, which you can read here. Many of their employees had a background in engineering or chemistry prior to getting MBAs, so if that’s your background and you’re looking to pivot to i-banking, Grace Matthews may just be the perfect boutique firm for you.

Questions or comments? Reach out.

Looking for more companies to put on your radar? Take a look at our article on consulting firms you may not know (but should).

Hungry for more data? Why not sign up for a free TransparentCareer account? Compare MBA data top companies and industries, from compensation to work-life balance and more, all from MBAs just like you. Did we mention that it’s free? Sign up here.