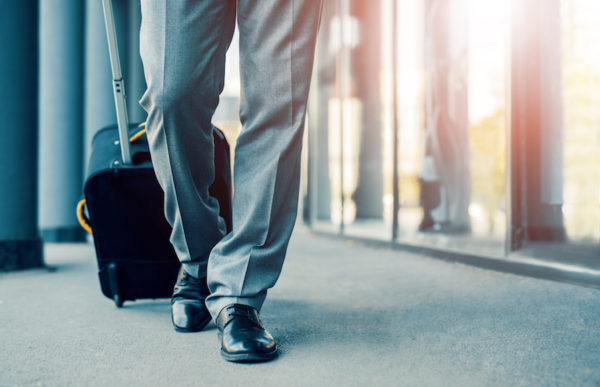 Consulting, as an industry, consistently hires up to 30% (!) of MBAs from top programs.  But which firms are really the best options for grads when you consider work-life balance, satisfaction, compensation, AND hiring volume? We turned to data reported by MBA students and alumni at over 6,000 companies to create a list of our top firms. (Hint: you can probably guess #1…)

If you land a spot at McKinsey & Company, you’re bound to be in great company. It’s estimated that they only hire about 1% of the 220,000+ applications they receive each year, and a recent survey found that almost 15% of Fortune 500 CEOs are McKinsey alumni. The prestigious firm leads our list based on high satisfaction, total compensation, and most crucially – huge MBA hiring pipeline.

If you’re intent in going global, Bain & Company will surely pique your interest. The firm operates more than 50 offices in over 30 countries, and some analysts estimate that Bain touches 97% of the world’s GDP. Bain’s sheer size shouldn’t intimidate you, though. One veteran consultant described Bain as “a passionate, team-driven culture, where humility is prized, a global outlook is embedded, career development is highlighted, and a work-family balance is cherished.”  Our data backs up this assertion, as Bainies typically work fewer hours and travel less than associates at their peer firms.

BCG another big-name firm, but many  key metrics hang closely around average. From compensation, to work-life balance, to satisfaction; reports from MBA grads at Boston Consulting Group are standard for the industry. However BCG is unquestionably  a leader in the space, and rigorously seeks out employees that will help them achieve that goal. Once MBA grads have landed a spot at our #3 firm, they can expect world-class training and development.

Cognizant makes the ranking on the back of massive average satisfaction scores (38% higher than the all-industry average), and reasonable hours for graduated MBA consultants at ~45 per week. The Fortune 500 company, based in College Station, Texas, may not bear the household name that some other firms on this list command – but clearly, brand name isn’t everything.

Another management consulting firm HQ’d in Chicago, A.T. Kearney touts its entrepreneurial approach to projects as a differentiator. Compensation ranks right up there with counterparts at Bain, BCG, and McKinsey, while travel averages slightly more. MBA grads rank themselves as highly satisfied with the firm, driving its place on this ranking.

Typically consultants should expect to spend much of their time traveling. However, MBA grads at ZS Associates reported travel times of about half the industry norm.  The reason? The company adopts an “intelligent-travel philosophy”, and only travels to a client when they believe the consultant’s presence will truly add value. The result? A much more enticing work-life balance. While some of the larger firms on the list work with companies spanning many industries and countries, ZS specializes in sales and marketing consulting to mostly pharmaceutical companies.

Compensation and work-life balance for MBA grads at Deloitte is only slightly higher than the industry average, but Deloitte’s impressive depth of MBA hiring drives the huge firm to the top.  But size isn’t the only way Deloitte sets itself apart. Instead they focus on not just providing business solutions, but helping execute them as well. That’s why Deloitte calls the business arm “Strategy & Operations”, as opposed to simply Consulting.

Other top scoring companies for consulting:

Target company not on the list? Don’t sweat it. There are over 6,000 employers profiled on our site, so you can easily compare the satisfaction and compensation of the companies you daydream about – and even dive into specific positions within the firm.

These companies have been ranked on data from MBAs in areas such as compensation, average hours per week, and satisfaction.  All data points are from MBA-related data, i.e. internships or full-time jobs obtained during or as a result of pursuing an MBA.

Once indexed and compiled into a composite index, we scored on a 100-point scale.  Companies with few data points were excluded from this analysis.

Note: a previous version of this post stated Cognizant’s headquarters as New Jersey. The firm’s US HQ is in College Station, TX.