Ah, investment banking. Known for long work weeks and big bonuses, working for a large bank is a goal for many MBAs looking to work in finance after graduation. Are the big banks all that they’re cut out to be though? Often times, people prioritize firm prestige over actual employer data.

It can be hard to make heads or tails out of all of the information out there on working for investment banks. Wouldn’t it be great if someone had access to thousands of employer data points, organized it into one place, and ranked the top employers based on compensation, work/life balance, and more?

Oh right, that someone is us. And we totally did that. You can read up on our methodology below, and as always we would love to hear your thoughts on this list. Enjoy. 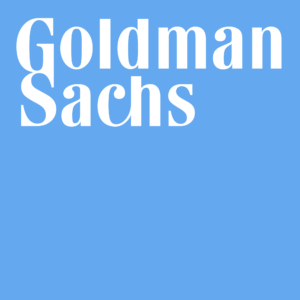 Goldman Sachs is one of the most prestigious firms to land a job for aspiring investment bankers. High prestige means robust competition though. Goldman Sachs hired just 9,700 of 313,000 applicants in 2015, or in other words – a 3% acceptance rate. To put that into perspective, the most difficult MBA program to get into in 2015 was Stanford’s with an acceptance rate of 6%. Goldman Sachs ranks at the top of our list in both brand prestige as well as employee satisfaction.

Placing second on our list is Evercore Partners, which takes second thanks to its high median compensation. The bulk of this comes from an already high base salary (nearly every other firm starts with a base $125,000), as well as high bonus potential – the average bonus according to our data exceeds $100,000 a year.

Founded in Zurich back in 1856, Credit Suisse still operates to this day, pulling $23 bn in revenue in 2015. The company also has a strong reputation as a financial services leader, particularly in its European base.

Note: The following four firms all have roughly the same composite score, using our own system to weigh our variables (more on that below). Ultimately it comes down to your personal preferences. As an example, you can expect to work less hours at JP Morgan, but that’s also reflected in having relatively less total compensation.

Another older company, Lazard first started operations nearly 170 years ago in New Orleans. Today, the company operates in 27 different countries and employs over 2600 people worldwide. Lazard has been criticized for long hours and a “no nonsense” work environment, but our data disagrees. Our users have reported an average of 82 hours a week (which isn’t unusual for ibanking), and a high satisfaction rate (for this list) of 6.75.

JP Morgan Chase is the world’s third largest bank in terms of total assets, with around $2.5 trillion. Those that have worked at the firm have often complimented the dedication of the staff, and the flexibility (at least by Wall Street standards) of the work environment. The higher ups often encourage the more junior staff to ask questions and express interest in projects. The firm is also trying to fast track promotions for its top performing junior staffers in order to retain top talent.

Morgan Stanley was found by former employees of JP Morgan after the Glass-Steagal Act required the splitting of commercial and investment banking businesses. Morgan Stanley is reportedly even more competitive for hiring than Goldman Sachs, with less than 2% of applicants receiving offers for a summer analyst MBA internship. 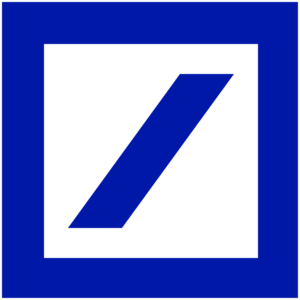 Rounding out our list is Frankfurt based Deutsche Bank. The company holds operations in 70 countries,and through our users reports the happiest employees, tied with Goldman Sachs. Deutsche Bank also scores highly for its compensation.

These companies have been ranked on data from MBAs in areas such as compensation, average hours per week, and satisfaction.  All data points are from full time investment banking positions within the first three years from graduation, all from actual MBAs in our database.

We created an index and gave the highest scoring company (Goldman Sachs) the index score of 100 and based each other company off of that score accordingly. Companies with low data count for investment banking positions were left out of this analysis in order to preserve its integrity.

Questions? Comments? We’d love to hear from you. Reach out.

Hungry for more data? Sign up for a free TransparentCareer account, and get access to all of our data, including compensation packages, employee satisfaction, and salary negotiation. We can also help you find your next job with our new job board. Sign up for free here.